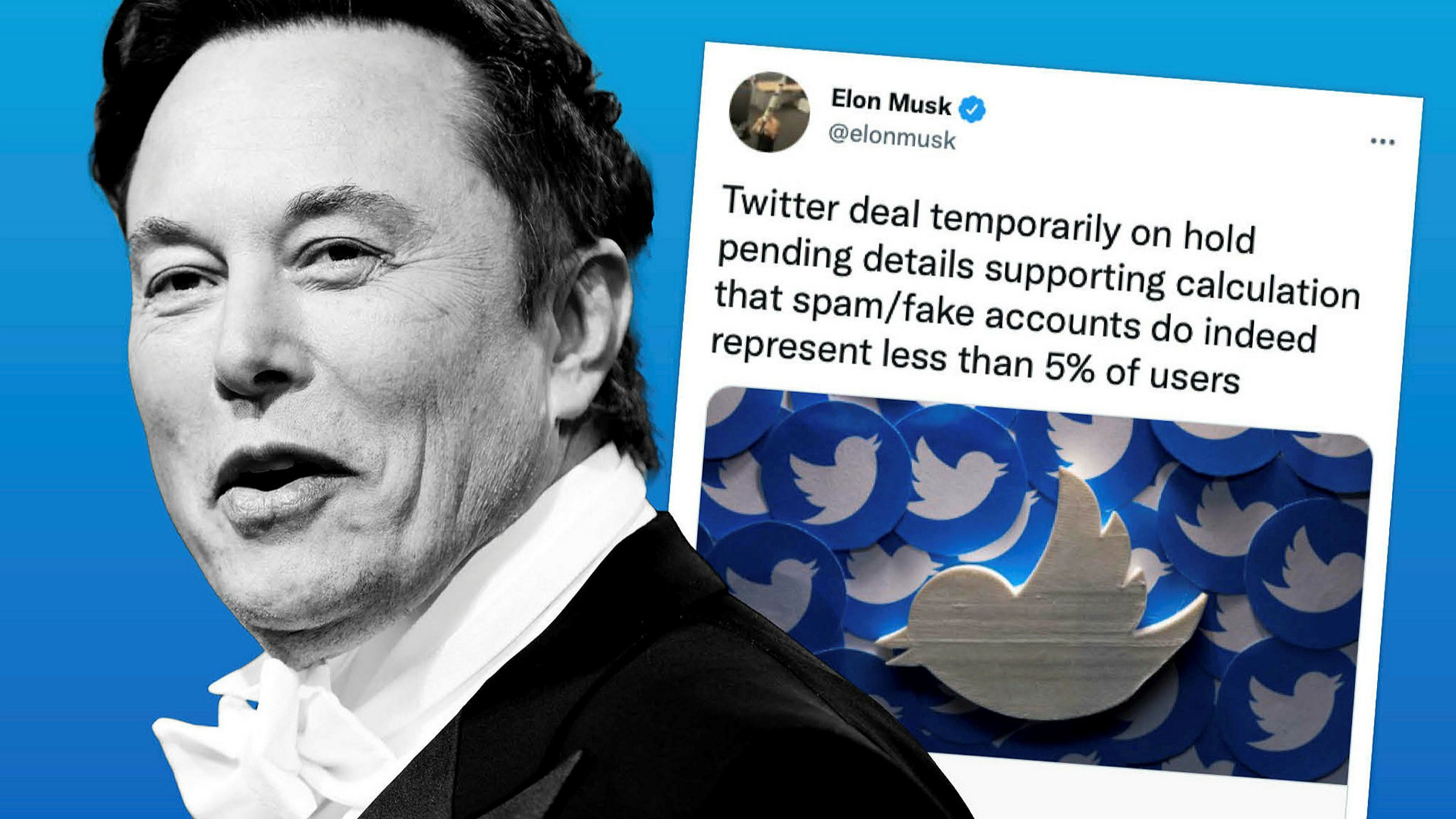 A Musk bid for Twitter is in peril as he is said to distrust bot data.

Twitter has said it is willing to go to court to hold Musk to the purchase.

A Musk bid for Twitter is in peril as he is said to distrust bot data.

Despite Musk's complaints, Twitter cannot verify its statistics on spam accounts, a major issue he has complained about. A person familiar with the situation told the newspaper that the billionaire's camp has stopped discussing funding for the deal.

Twitter executives claimed earlier Thursday that spam bot accounts make up less than 5% of their total user base. According to Musk, the number of bots is much higher and he is threatening to walk away from the deal.

The social media giant and its rival platforms have been trying to curb bots and fake accounts through content-moderation teams and artificial intelligence tools for years, but spotting bad actors is like playing whack-a-mole since they are constantly updating their strategies.

Twitter executives said their estimate of spam is based on human reviews of account activity and sampling a portion of their accounts.

Those reviewers, according to Twitter executives, analyze public information such as tweets and interactions. They also factor in information that is available only to Twitter, including IP addresses, client and browser signatures and contact information.

Typically, Twitter removes more than one million spam accounts within the first few days of their creation. Additionally, the company said it locks millions of suspected spam accounts a week if humans cannot verify them.

It was noted by executives that some legitimate users appeared to be fake because they kept automatically generated usernames without personalizing them. Twitter can determine whether a profile is real by using private information not available to the public.

Since outsiders do not have access to Twitter's internal data, those spam estimates aren't accurate. As far as they know, the company hasn't found a way to share this information with outside experts in a way that ensures privacy.

According to Twitter, it is willing to go to court to enforce Musk's purchase.