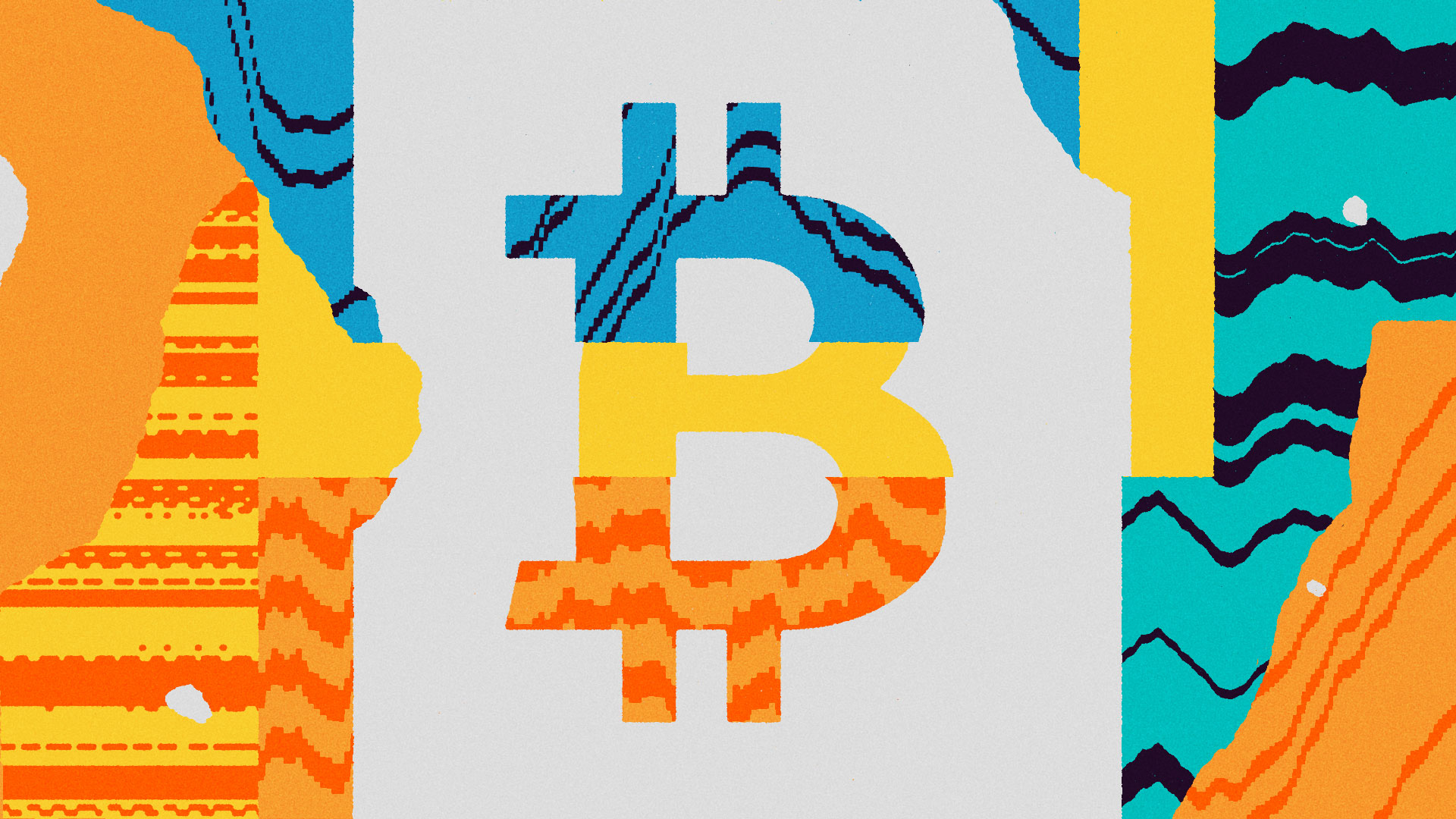 $3 Trillion Was Never the Real Value of Crypto

Despite its believers' claims, the crypto market isn't worth what it appears, but it certainly isn't worth laughing at either.

According to Binance owned CoinMarketCap, $2 trillion was wiped out. As crypto winter still unfolds, the total market capitalization of crypto plummeted from roughly $3 trillion in November to about $1 trillion as a result of an entire blockchain's ecosystem, a large hedge fund, a few crypto lenders, and untold numbers of retail investors.

The number made me wonder if market cap, which is simply the number of tokens multiplied by their current prices, is a good measure of the industry's size. Does market cap really tell us anything about crypto's economic value, given that so many coins have simply disappeared?

This market-cap conundrum is primarily caused by people selling crypto assets to themselves over and over again - called "wash trading" - creating the illusion that money changes hands and items are worth more than they actually are.

In other words, how much of that $3 trillion pile was actually cash at its peak last year? Would it be possible that the last crypto boom never took place? For a variety of reasons, the size of the ecosystem matters, not the least of which is that many retail investors plunged into crypto thinking it must be safe since so many others had made money.

The situation appears to be less safe now. As part of its investigation, the US Securities and Exchange Commission is investigating Coinbase Global Inc. for selling tokens that the regulator deems unregistered securities. Other companies, including Gemini Trust, BlockFi, Crypto.com, and Crypto.com, have also announced layoffs. A number of questions remain unanswered following the bankruptcies of Celsius Network LLC and Voyager Digital Ltd. This comes as Bitcoin, the biggest cryptocurrency, hovers around $19,900, down from almost $69,000 in November. What happened to all that money?

These topics piqued my curiosity and I studied them further. The first step was to determine the number of real people who entered the crypto ecosystem. According to a Federal Reserve survey, 12% of US adults held crypto in 2021. About 16% of Americans have invested in, traded, or used digital assets, according to a Pew Research Center poll conducted in September 2021. It's something like 53 million people, which is not insignificant.

There was no doubt that money flowed toward digital assets during their high-profile ascent during the pandemic years. Crypto exchange CoinMarketCap shows that daily trading volume peaked at $455 billion in February 2021, and it's hovering around $70 billion today. Obviously, it's not all hot air.

The Federal Reserve Bank of Cleveland published a paper in 2021 that may offer more concrete figures. Two economists examined how retail investors spent their stimulus checks on crypto. “It’s much more difficult to quantify the market value as accurately as you would for stocks or bonds,” says one of the authors, Anantha Divakaruni, who teaches financial technology at the University of Bergen in Norway. “Buyer and seller information is highly unavailable.”

Peter Zimmerman, a Cleveland Fed economist who is Divakaruni's co-author, suggests looking at average Bitcoin prices, not prices at which coins were sold last. Zimmerman states that average price is a good measure for markets that are illiquid, like crypto.

Noelle Acheson, head of market insights at crypto lender Genesis Global Trading Inc., also provided her perspective. According to Acheson, a Brown graduate with a degree in mathematics and economics, market cap might actually be a useful way to measure crypto's value.

She explains that about 90% of the figure represents the top 20 coins by market capitalization. Some gauges even exclude dormant coins or tokens that have not been touched in more than five years and are presumed lost.

Alternatively, Acheson suggests comparing "free-float supply" figures from Coin Metrics, which tracks real-time crypto data, with circulating supply figures. The free float is the number of coins in circulation, minus those held by foundations, nonprofit organizations dedicated to supporting blockchains, and dormant supply. According to Coin Metrics' numbers, based on the circulating supply of 8 of the top 10 tokens, the market cap is $787 billion. However, they don't include Solana and a few other major tokens. About $630 billion is the market cap based on free float, which is about 80% of that current-supply market cap.

James Malcolm is UBS Investment Bank's head of foreign exchange and crypto research. Rather than market value, which assumes every coin would trade at the current price shown on an exchange today, he advises me to look at realized value-the prices coins actually fetched in their most recent transaction. “Because of deleveraging, prices have come down to more or less the average realized value price,” Malcolm says, mirroring Gerard’s point about leverage distorting the market-cap number. “So now there’s very little difference between market value and realized value”

In comparison with any other conventional market, that may sound like a lot, but "it's particularly small." According to Malcolm, the ratio of market value to realized value is a useful way to analyze the market. The MVRV shows how frothy the market is. The good news is that there is a researcher who keeps track of it.

Glassnode's James Check, a crypto data provider, is well-known among the eccentric bunch of people who love reviewing Bitcoin charts to figure out how the token is performing or who's winning and losing. In stories about crypto, Check is often credited for creating esoteric measures like the "RVT ratio" and "MRGO." Check tracks entities to determine the number of people who participate in the ecosystem. To get a more accurate reading, Glassnode clusters multiple addresses together into entities - unique users. According to him, Bitcoin has about 300,000 unique entities per day, down from about 400,000 in February 2021. For the market's value, he also suggests I examine MVRV, which reached 3.2 at November's peak, meaning the market value was that many times higher than the realized value.

In other words, dividing $3 trillion by 3.2 equals $875 billion, about the same as today's $1 trillion market cap. Check says, "It's never going to be perfect, but it shows you how much speculation premium crypto has over its real value."

“To an asset that has all the potential to usurp gold and probably overtake it by some orders of magnitude, it’s peanuts.”

There are two key ideas to consider, according to Philip Gradwell, chief economist at Chainalysis Inc. The first is that you can see when Bitcoin or any other crypto enters a wallet. Secondly, when it does so, you can see its price on the market. Using this method, we can determine the realized value of every single crypto holder. Based on his estimates, investors and businesses paid about $411 billion for Bitcoin, while all cryptocurrencies are worth $841 billion. "I don't think it's that small of a number," Gradwell says, comparing it to Apple Inc.'s $2.7 trillion market cap. “In a way, it’s astonishing wealth creation—it’s a big transfer of wealth from people who created these assets to those who want to buy them.”

What is the takeaway from this? Crypto's market cap alone isn't a great indicator of its economic value-and may even artificially inflate its size. The market value of crypto has plunged from $3 trillion to about $1 trillion, but the "real," or realized, value has remained steady. Due to the fact that market cap includes all the factors that can amplify froth, such as leverage, wash trades, manipulation, dormant coins, and uncirculated coins. Despite all the gyrations, crypto's value has remained remarkably stable. What would make it rise? The main factor that drives crypto prices up is liquidity: more people investing in crypto as a store of value rather than just trying to raise the price of the token they love.

The future can only tell what will happen next, but one thing we are all certain of is the increasing interest in crypto from young people. This isn't going anywhere.