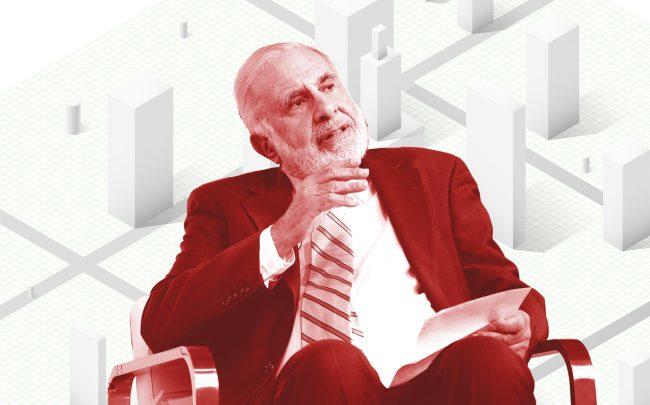 GameStop's value has dropped by 71% since January 2021, when the billionaire began shorting it during the meme-stock boom

According to people familiar with the matter, billionaire investor Carl Icahn began shorting GameStop Corp. during the meme-stock frenzy around January 2021.

The people, who asked not to be identified because the matter is private, said Icahn started building the short when GameStop traded near its peak of $483 per share. According to the sources, the investor is betting GameStop's stock will continue to fall despite its fundamentals and has added to his position over time.

It's unclear how large his position is.

There were several calls made to Mr. Icahn by TradeAlgo journalists that were not returned.

Retail trading took off during the Coronavirus pandemic, aided by no-fee trading apps and fiscal stimulus. Investors begged each other on in Reddit forums to put money into GameStop in an effort to burn money managers who bet against it.

An effort known as a short squeeze caused several investors who held similar shorts to feel the pinch. The hedge fund run by Gabe Plotkin, Melvin Capital, announced in May that it was folding as a result of heavy losses from its bet against GameStop.

A short seller makes money by betting that a stock will fall in value.

Taking a position against meme stocks is a rare occurrence for Icahn. It is worth noting that the legendary investor has also taken substantial shorts elsewhere, including a bet on the demise of malls by way of derivatives known as CMBX.

TradeAlgo short interest data shows that more than one-fifth of GameStop's shares are currently sold short, more than double last year's level. A peak of over 140% was reached in January 2021 when retail traders flooded Stocktwits chat rooms and used memes and GIFs to pump bets on Reddit's WallStreetBets.

At one point, the retailer was saddled with more than $1 billion in debt and lease liabilities as a result of that mania,despite gamers opting to download new titles instead of visiting stores. As a result of the craze, the company has been able to sell millions of shares to nearly wipe out its debt.

Many investors who discuss their positions on social media platforms point to Ryan Cohen, the company's chairman and largest investor and founder of pet retailer Chewy Inc.

On social media, Icahn's short was met with a relatively measured response. A Reddit thread about the wager, including the WallStreetBets forum, garnered a few hundred comments comments.