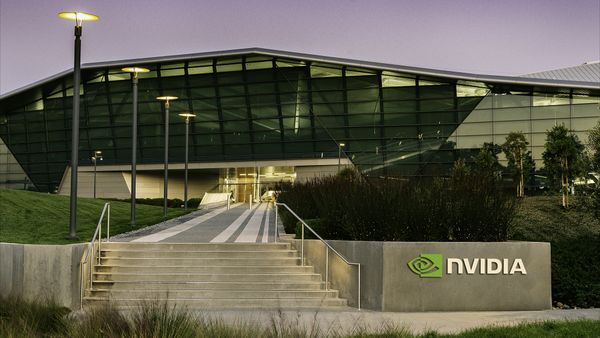 This year has been tough for semiconductor companies, and Wall Street is starting to think that their shares have nowhere to go but up.

This year has been tough for semiconductor companies, and Wall Street is starting to think that their shares have nowhere to go but up.

This week's sell-off in Micron Technology Inc.'s shares prompted Citigroup Inc. and Wells Fargo to predict a bottom is near if not already here for the memory-chip maker.

Meanwhile, Nvidia Corp.'s results boosted optimism that growth at the graphics-chip company is poised to re-accelerate. And Applied Materials Inc., the biggest producer of tools to make semiconductors, gave a better-than-feared forecast.

Kim Forrest, founder and chief investment officer at Bokeh Capital Partners, believes that the market is close to the bottom. In an interview, she stated that prices may go lower with more bad news, but companies will continue to spend.

Investors are beginning to believe in a turnaround: The Philadelphia semiconductor index, which has risen 26% since its 2022 low in mid-October, traded up 0.7% on Friday. Although it's still down by a third this year, this is seen as an improvement and is on pace for its biggest drop since the financial crisis in 2008.

The electronics industry is struggling with declining demand after the Covid-19 lockdowns spurred a sales boom. US export restrictions on chips, designed to prevent China from accessing cutting-edge technologies, are also having an impact.

Despite risks to the global economy from central banks fighting high inflation, chipmakers look attractive due to their high profitability, lowered profit estimates, and beaten-down valuations, according to Bank of America Corp.

There are a number of macro risks that could impact the chip sector, but analyst Vivek Arya believes that seasonality and investor sentiment could lead to a renewed interest in these stocks. In a research note published on November 11th, Arya stated that "now is the time to fish" in the chip sector.

The past month's rally has been fueled by optimism that inflation is cooling a bit, which could allow the Federal Reserve to slow the pace of interest rate increases. That's lifted the broader market as well, but chip stocks, among the most cyclical part of the tech industry, have outperformed as investors speculated a deep recession may be avoided.

The news that Warren Buffett's Berkshire Hathaway Inc. has bought a $5 billion stake in Taiwan Semiconductor Manufacturing Co. has lifted spirits. The world's largest contract manufacturer of chips, which counts Apple Inc. among its biggest customers, has risen by 10% in US trading this week.

Shares of ASML Holding NV, a leading chip-tool company, have rallied 45% from their October low in Europe. The Dutch company this month touted strong demand for its cutting-edge machine, both in the near and medium term, while seeing limited direct impact from the US curbs on chip exports.

Bank of America Corp. analysts said this week that European semiconductor stocks are poised for a recovery in 2023. They cited light positioning in the stocks, a likely bottoming in the smartphone market this quarter and in the broader semiconductor market in the second half of next year, and peaking inventories.

Not everyone is convinced that the semiconductor industry is out of the woods yet. Barclays Plc said that Micron's outlook shows that demand is not improving as quickly as expected, especially when taking into account troubling signs of deterioration in industrial markets and slowing growth in cloud computing.

Analysts Tom O'Malley and Blayne Curtis say that the whole market has gotten ahead of itself with this recent move higher.

Chip-industry profit estimates for 2023 have fallen sharply this year, with earnings for semiconductor companies in the S&P 500 now projected to shrink by 13% next year. This is a much bigger drop than what has been seen in the rest of the tech sector.

The chip benchmark is now priced at a multiple of less than 18 times projected earnings, which is around the average multiple over the past 10 years.

In a report this week, Credit Suisse Group AG analysts wrote that they believe the semiconductor industry is in a period of sustained long-term growth. They cited factors such as AI, cloud computing, and automotive as drivers of this growth.

IBM has been a bright spot in the tech sector this year, easily outperforming the overall sector as investors rotate into companies with consistent earnings and strong dividend yields. The stock has rallied six straight days, closing Thursday at its highest level since February 2020. IBM has returned 15% this year including dividends, compared with a 24% loss for the S&P 500 tech sector. Recent gains have come in the wake of strong results, with IBM’s CEO saying that unless there’s a “catastrophic recession,” corporate spending on technology should continue to increase.