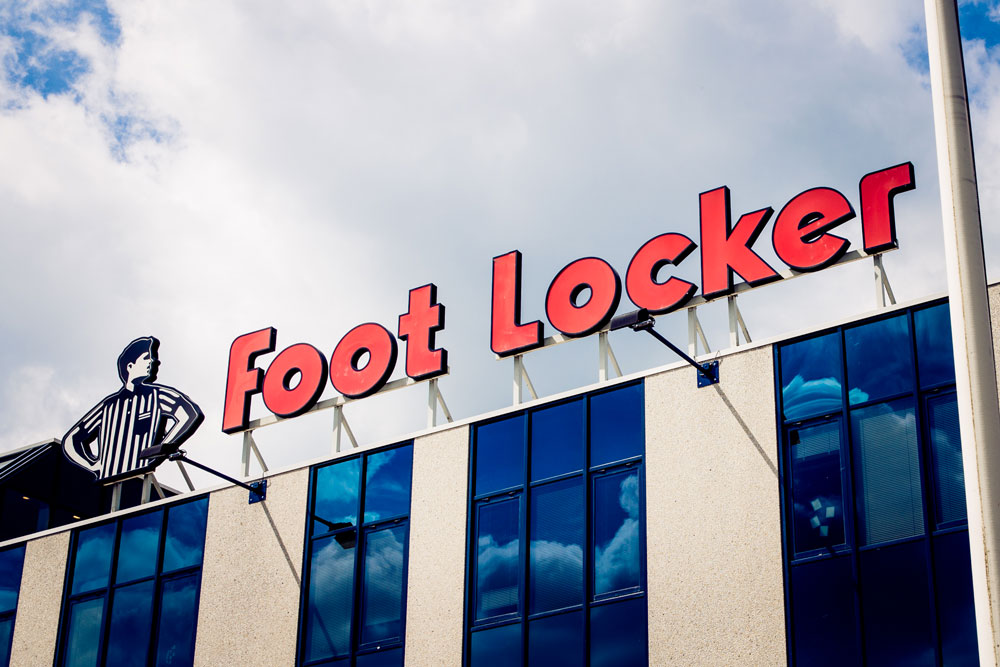 Foot Locker, Inc. is an American sportswear and footwear retailer, with its headquarters in Midtown Manhattan, New York City, and operating in approximately 20 countries worldwide.

Foot Locker, Inc. is an American sportswear and footwear retailer, with its headquarters in Midtown Manhattan, New York City, and operating in approximately 20 countries worldwide.

After posting better-than-expected third-quarter results, the company raised its outlook for the year. Sales at existing stores edged higher.

The sneaker and athletic-wear retailer said same-store sales were up from last year.

Foot Locker's sales slipped slightly to $2.17 billion in the most recent quarter, due to the stronger dollar. Excluding the impact of currencies, Foot Locker said sales would have been up 3.3%. Analysts polled by FactSet had expected sales of $2.09 billion.

Foot Locker reported a profit of $96 million for the quarter ended Oct. 29, down from $158 million in the same quarter a year ago. This equates to $1.01 per share, compared to $1.52 per share in the prior year.

Adjusted earnings were $1.27 a share, which is higher than the $1.11 a share that analysts were expecting. One-time items have been stripped out of the earnings figure.

Foot Locker is feeling more optimistic after a strong third quarter, and has revised its forecast for the year accordingly. Sales are now expected to decline by 4% to 5%, rather than the 6% to 7% previously forecast. Adjusted earnings are now projected to reach $4.42 to $4.50 per share, an 11-cent increase from the midpoint of the previous guidance.

Foot Locker's results come as other retailers report mixed results for the crucial holiday shopping season. Macy's Inc. and Kohl's Corp. reported a drop in sales for their latest quarters as shoppers delayed their holiday purchases. Target Corp. said sales slowed, and it cut its outlook for the fourth quarter.