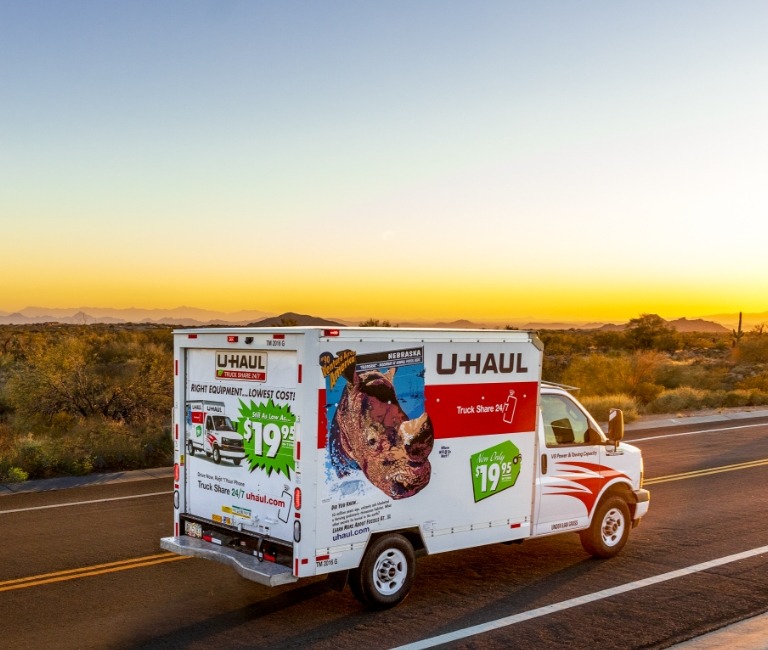 The shares are worth 50% more than their current price, according to Kindred Capital Advisors' chief investment officer Steve Galbraith. Using a market multiple, the stock would be worth around $1,000.

U-Haul is virtually synonymous with moving trucks used by do-it-yourselfers. However, there are few companies as anonymous as U-Haul's parent company, Amerco.

However, investors will find a lot to like about Amerco if they examine it closely. With nearly ten times as many locations as Penske, one of its top rivals, U-Haul occupies an almost impregnable position on the rental market. Moreover, Amerco has quietly developed a large self-storage business to complement its rental operations, and its stock price doesn't reflect that value. Shares of Amerco (ticker: UHAL), which are down 29% this year to $515, look cheap at only nine times the company's March earnings of $57 a share.

Wall Street, however, doesn't seem to care about Amerco. Despite the stock's $10 billion market value, there are no profit estimates for the current fiscal year.

Its chairman and president, Joe Shoen, is a strong-willed individual who doesn't cater to investors. Aside from paying a minuscule dividend, it doesn't buy back stock, discloses limited financial information, and is unwilling to change its name to U-Haul, which could raise its profile.

More than half of the company's stock is owned by the Shoen family. 43% of the company is owned by a trust controlled by Joe Shoen and his brother Mark. After more than 35 years at the helm of Amerco, Joe Shoen, 73, has ably managed a great business. Last year, he earned $1 million, modest by CEO standards.

The shares are worth 50% more than their current price, according to Kindred Capital Advisors' chief investment officer Steve Galbraith -- not outlandish, given that they peaked at $769 last November.

Others are even more optimistic. Because of the consistency of the business and its lack of competition, Amerco should trade above the market multiple, according to Bill Smead of Smead Value fund (SMVLX). Using a market multiple, the stock would be worth around $1,000.

The dominance of U-Haul cannot be overstated. According to the company, one in five Americans move each year and 75% of moves are "do-it-yourself." Although there is no data on truck-rental market share, it is believed that U-Haul has a majority share. Avis Budget Group (CAR) and Penske are competitors. More than 23,000 U-Haul locations rent trucks and trailers (which are towed behind vehicles).

Because its trucks and trailers are rolling billboards, U-Haul does little advertising. Rental prices are determined by local demand. This month, a three-day truck rental from Los Angeles to Phoenix will cost $566, while the reverse trip will cost only $199. Over the past decade, the truck rental business' revenue has grown at a 9% annual rate.

Self-storage is also a strong point for U-Haul. In the past decade, the industry has boomed, and leading companies like Public Storage (PSA) have generated outsize returns.

During the past decade, U-Haul has quadrupled its storage footprint to about 50 million square feet, and its sales have grown 16.5%. Because people often find that they have unneeded things when they move, Amerco has built self-storage facilities at its more than 2,000 rental sites. In fiscal 2022, the company spent $1 billion on the business.

Based on the valuation of companies like Life Storage (LSI), analysts at TradeAlgo estimate U-Haul's self-storage unit could be worth about $700 million, more than Amerco's market value.

Consequently, investors aren't paying much for the truck-rental business, which generates most of its $5.7 billion in sales. Many experts believe that Berkshire Hathaway (BRK.B) would be interested in purchasing Amerco if the Shoen family ever decides to sell.

Investors questioned Amerco's "overearning" after net income nearly doubled in fiscal 2022, to $1.1 billion. But profits in June quarter were little changed from a year earlier.

Artisan Partners portfolio manager Craig Inman praises Shoen and his team, but also thinks Amerco should boost its dividend. An option might be a mix of a regular dividend and a variable one based on profits-a combination that is becoming more common. Shoen has been non-committal about dividends in conference calls.