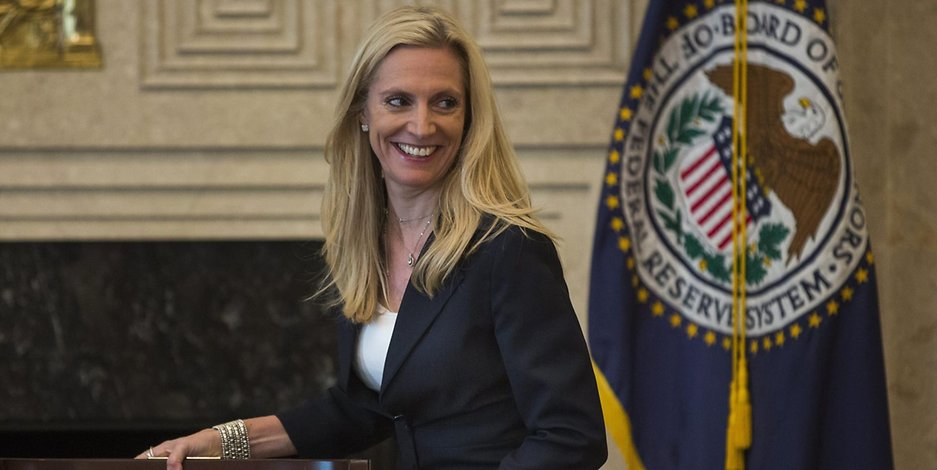 Fed Vice Chairwoman Lael Brainard has warned that additional unforeseen developments could drive prices higher, extending a pattern where inflation accelerates despite forecasts that it has peaked

A senior Federal Reserve official said that while the central bank was attentive to potential financial instability that could be caused by aggressive interest-rate rises, it wouldn't sacrifice its efforts to beat high inflation.

Fed Vice Chairwoman Lael Brainard has warned that additional unforeseen developments could drive prices higher, extending a pattern where inflation accelerates despite forecasts that it has peaked. Brainard noted that this could pose a challenge for monetary policy, and said that the Fed is monitoring the situation closely.

The Federal Reserve is increasing interest rates at a faster pace than it has in decades in order to combat inflation, which is currently at a 40-year high. There is a risk that further economic or geopolitical disruptions could lead to even greater imbalances between supply and demand, said Ms. Brainard in a speech at a conference in New York on Friday.

Ms. Brainard said that it will be easier to resolve imbalances by slowing demand with higher rates if supply improves in markets for commodities, labor, and key intermediate inputs, as is generally expected. However, she warned that there is a risk that supply disruptions could be prolonged or aggravated by Russia’s war against Ukraine, Covid-19 lockdowns in China, or weather disruptions.

Ms. Brainard stated that the Fed and other central banks are raising rates aggressively to prevent consumers and businesses from anticipating high inflation to persist. She said that this could fuel a self-fulfilling cycle of stronger price increases.

The Federal Reserve raised its benchmark short-term interest rate by 0.75 percentage point last week, to a range between 3% and 3.25%. Officials said they expect to raise rates by an additional 1.25 percentage points at their next two meetings.

This week, the Bank of England stepped in to purchase unlimited amounts of longer-duration securities after sharp dislocations were seen in British government-debt markets. This action was taken in order to prevent any further fire sales of debt from taking place.

Ms. Brainard didn't refer specifically to developments this week in the U.K. in her prepared remarks, but said the Fed was "attentive to financial vulnerabilities that could be exacerbated by the advent of additional adverse shocks."

Ms. Brainard said that while higher borrowing costs and tighter financial conditions are already slowing demand in interest-rate sensitive sectors such as housing, it will take time for the full effect to work its way through different sectors of the economy and bring inflation down.

Ms. Brainard indicated that the Fed's policies are soon likely to have the desired effect, as "real" or inflation-adjusted interest rates have now risen solidly above zero for all but the shortest maturities of U.S. government debt. She noted that coming Fed interest-rate increases and an anticipated deceleration in inflation will soon push very short-term interest rates into positive territory on an inflation-adjusted basis.

"We need to keep monetary policy tight for a while to be sure that inflation is moving back to our target," she said. "For these reasons, we are committed to avoiding pulling back prematurely. We also recognize that risks may become more two sided at some point."

The Commerce Department's personal-consumption-expenditures index, which is the Federal Reserve's preferred inflation gauge, rose 6.2% in August from a year earlier. The index of so-called core prices, which excludes volatile food and energy items, rose 0.6% in August from July. Core inflation had been flat in July from June, but increased 4.9% from a year earlier in August, up from 4.7% in July.

Ms. Brainard spoke about the risks to financial stability that central banks could face if they raise rates too quickly. She said that many countries are facing high inflation, which could put pressure on central banks to raise rates to prevent their currencies from depreciating.

She warned that countries with high levels of corporate and government borrowing could face growing concerns about debt sustainability, which could be exacerbated by currency depreciation. Rising financial volatility could also prompt financial institutions to reduce borrowing and risk-taking, leading to further market volatility.

Ms. Brainard warned that reduced liquidity in certain financial markets could amplify financial shocks. Liquidity refers to the ability to convert an asset into cash quickly and at a reasonable price.