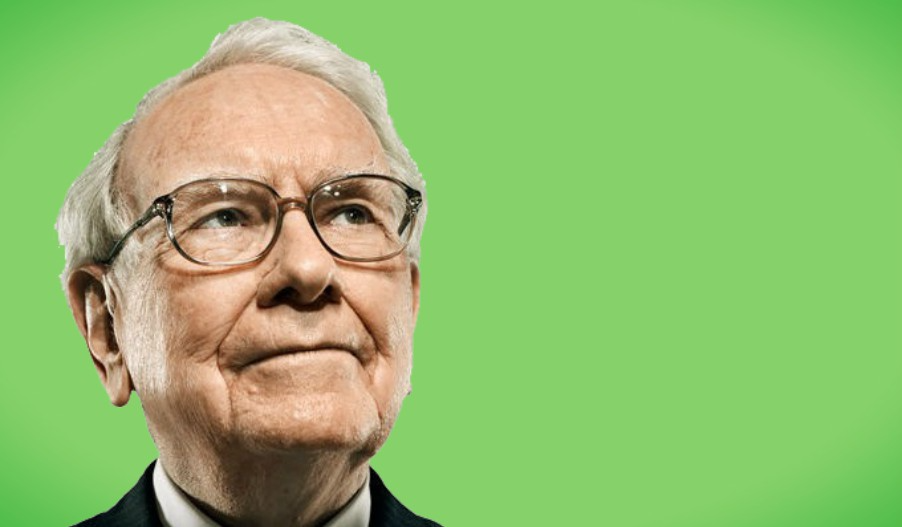 Op-ed: Despite earning hundreds of billions, the Oracle of Omaha revealed his proven method in plain English.

There is no doubt that Warren Buffett is one of the greatest stock investors of all time.

At TradeAlgo, the most common question about Buffett is: how does he do it?

By buying cheap or out-of-favor stocks and holding them for years, Buffett became rich.

That sounds simple, doesn't it?

Buffett's success would be accessible to everyone if it was.

Buffett does have some secrets that mere mortal investors can use to pick great value stocks:

Buying what you know is the first step

It is not uncommon for investing legends to have favorite products. Berkshire Hathaway has acquired many well-known companies over the years, such as Dairy Queen, See's Candy, and Burlington Northern.

Buffett's own preferences for the products influenced how many of these acquisitions he made?

Coca-Cola is one of Buffett's longest-held stock positions in Berkshire's stock portfolio, which he bought in 1988.

The fact that Warren Buffett likes Coke is hardly a coincidence, is it? In interviews with Fortune and the Financial Times over the last decade, Buffett has revealed that he drinks 5 cans of coke a day, mainly Diet or Cherry Coke.

There's no doubt he's a fan.

However, buying the stock requires more than just likening it to a product.

Buffett has always been an avid researcher and used to order the Annual Reports from companies to check the financials when they sent them to him in the mail. In his garage, he used to have stacks of reports.

Is there a product or brand that you enjoy the most?

The products and activities we use every day, or even something we use on a daily basis, may be overlooked by others.

Finding value stocks is easy with this method.

Invest in stocks that are on sale

It seems like such a simple task, doesn't it?

The legendary investor has been waiting for stock sales for years, waiting for the right time to buy. While the S&P 500 plunged over 20% within just 3 weeks after the Coronavirus pandemic hit in March 2020, Buffett did not buy.

He has been heavily criticized for not buying that dip over the last two years.

In 2022, Buffett has been buying again, despite stocks having their worst start in decades and the S&P 500 in a bear market.

Buffett has added over $50 billion worth of Chevron and Occidental Petroleum to Berkshire Hathaway's portfolio in 2022.

After Occidental Petroleum shares sold off this summer, the dollar-cost averaged into his investment. As of now, he owns 27% of the company and has the permission of government regulators to acquire up to 50%.

The easiest way to invest like Buffett is to buy stocks on sale. P/E ratios, PEG ratios, and prices-to-sales ratios are all classic fundamentals that can be used to search for value stocks.

Like Buffett, you would have seen buying opportunities in Chevron and Occidental Petroleum if you had done so starting in 2022.

Pivot and change course when necessary

Are you familiar with Berkshire Hathaway's ownership of IBM?

Buffett had avoided technology for decades, but now was about to make his big play in it.

Despite his most famous advice, "our favorite holding period is forever," Buffett decided to sell and exit the position.

According to Buffett, the company failed to live up to his expectations, so he was changing course.

In its place, what did he buy?

Apple was cheap with a forward P/E of around 10 in 2016, and the Street mostly ignored it.

Berkshire Hathaway's investment in that company has more than offset their mistake of buying IBM and has become one of the company's most important pillars.

Investment mistakes are inevitable, but pivoting when you make them is the key to success.

There is no reason why you can't do what Buffett does.

Discipline is one of Buffett's most valuable abilities as an investor.

If he sees a stock or company at a low price, he will wait for it, sometimes for years.

In 2008-2009, this discipline paid off when he was able to step in and offer financial assistance to struggling banks, offering a $5 billion bailout to Goldman Sachs, for example, when others were sinking.

A "margin of safety" was what his mentor Benjamin Graham famously called it.

Being prepared for pullbacks, corrections, or even bear markets can help you achieve this.

During the 2020 Coronavirus sell-off, many investors missed out on a buying opportunity.

It doesn't matter if you missed that buying opportunity, there are always others.

Here we are in 2022 with another bear market.

Mr. Buffett is now jumping in.

Investors who seek value have been rewarded in 2022.