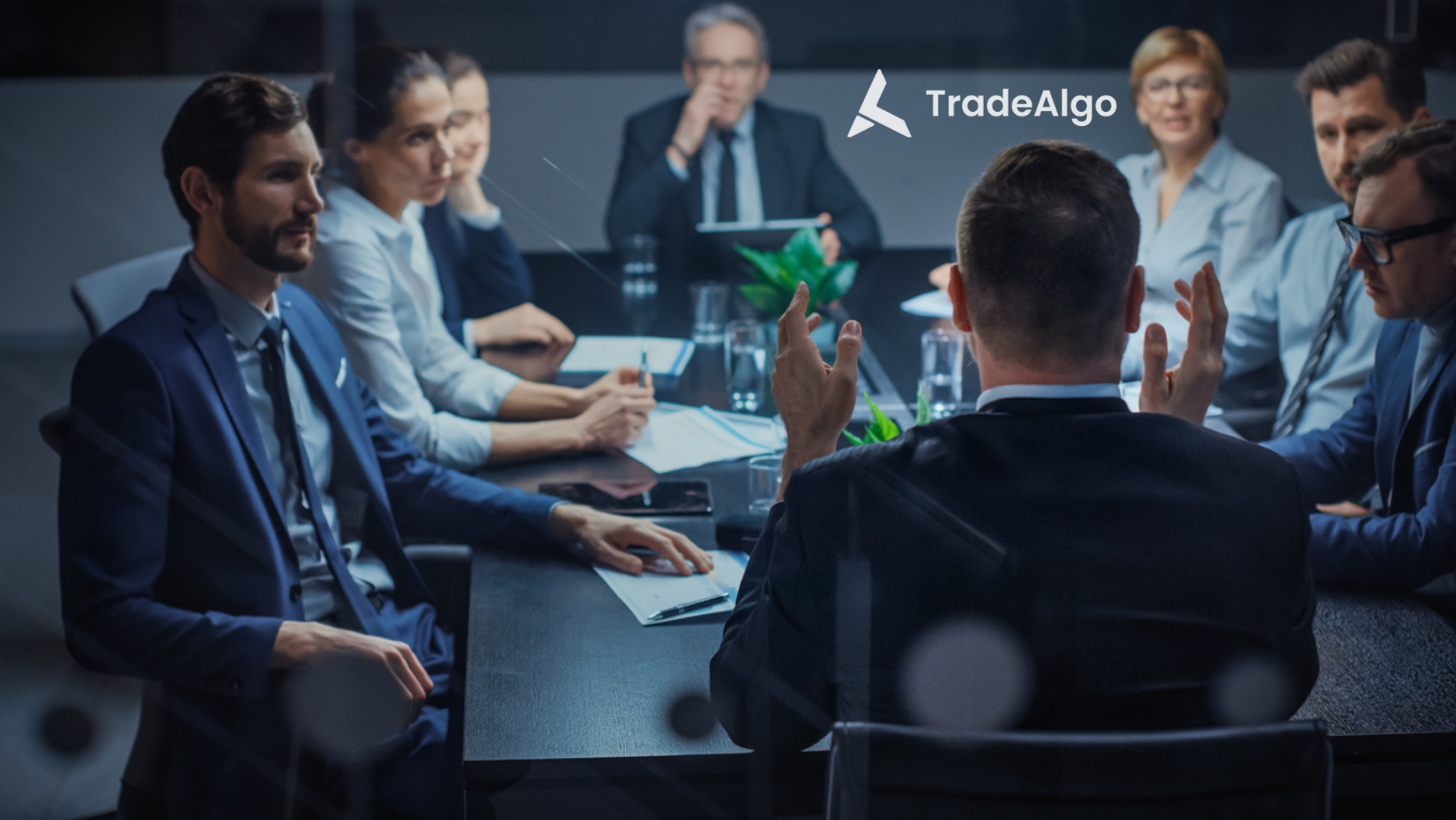 Buying the best stocks in 2023 will require investors to be clear-eyed and patient in regards to timing, in addition to being agile as the stock market transitions from a bear to a bull market. The following is TradeAlgo's annual list of the top 10 stocks to buy for long-term growth

The Federal Reserve will likely end its interest rate hikes in the second quarter of 2023. This will be with the federal funds rate at about 5%, up from 0.25% in March 2022.

Rock bottom valuations in prices, along with the shift from tighter to easing monetary policy, will be a compelling all-clear signal for stocks. A market bottom is not reached until investors see Federal Reserve rate cuts or a trough in economic activity looming, or when valuations are so low that they price in a worst-case scenario, according to Mark Haefele, chief investment officer at UBS Global Wealth Management. The most recent inflation report was encouraging, but none of those conditions exist today. Stock investors have gotten their hopes up more than once that the Fed would signal a pause in hiking rates or even signal a cut - only for rallies to fade when it became clear that the Fed remains hawkish.

In light of the uncertain, sometimes turbulent stock market backdrop for 2023, where should investors look for the most promising stocks to buy? Wall Street strategists now recommend avoiding bargain-basement stocks in favor of high-quality stocks. Koesterich advises investors to stay away from volatile names and avoid unprofitable growth companies. Rather, focus on quality and reasonable profitability, with a focus on earnings consistency."

Caroline Randall, a portfolio manager at Capital Group mutual fund company, says dividends are likely to contribute a much larger share of total returns than they have in the past.

Avoid utilities and consumer staples stocks - these defensive plays are likely too expensive now. Health care is an exception, as it is both a growth industry and a defensive one. According to Citi Global Wealth's chief investment officer, David Bailin, healthcare is where our money is today. According to him, an aging population and innovations in pharmaceuticals and treatments are boosting the sector.

A good time to tilt toward value companies and small caps, which have long underperformed but are now showing signs of resurgence. As an example, the S&P 500 Value Index returned 8.1% annualized over the past five years, while the S&P 500 Growth Index returned 10.5%.

As of early November of 2022, value outperformed growth by a wide margin, losing 7.6% compared to a free fall of 30.7%. "We would stick with value. These cycles last a long time," says Ryan Detrick, chief market strategist at Carson Group. Energy, financials, industrials, and materials are typically grouped in the value style.

According to TradeAlgo long-term analysts, here are 10 of the best stocks to buy in 2023.

There is no attempt to create a diversified portfolio here, as the names featured here vary by size and industry. For one reason or another, all are well positioned to benefit from a bull market transition in 2023.

When adjusting your portfolio to include the most promising stocks for 2023, don't ignore the tenets of diversification or ignore the growth end of the market. According to Tony DeSpirito, managing director and portfolio manager at BlackRock, take a barbell approach. Consequently, you can pick up value shares at historically attractive relative price-to-earnings ratios (P/Es) and high-growth stocks at valuations that have fallen from the stratosphere and are now at normal, if not yet underpriced, levels.

As labor costs rise, companies will continue to invest in software and hardware solutions, he says, noting that many of them have "fantastic" balance sheets.

A slowdown in the economy and negative investor sentiment are near-term obstacles for Advanced Micro Devices (AMD), a leading semiconductor manufacturer.

Shares of the company have fallen roughly 54% since their 52-week high, and now trade at 18 times expected earnings - more than half their typical price-earnings multiple.

A S&P Global Market Intelligence analyst expects a 28% increase in annual earnings over the next three to five years, ahead of its peers, largely driven by market share gains for its data-center chips (sales jumped 45% in the most recent quarter). A recent price target of $95 has been assigned to shares of the semiconductor stock by Mizuho Securities USA analyst Vijay Rakesh.

The Dodge & Cox Stock fund - one of the best low-fee mutual funds - which is sticklers about price, bought shares in the Amazon.com (AMZN) e-commerce and cloud-computing juggernaut recently. Managers take the long view and seek companies with "attractive fundamentals where expectations and valuations have declined."

There is no better place to shop than Amazon.com. During the past 12 months, the stock has fallen 46%. Do you think this value stock is now a growth stock darling? Compared to historic levels, shares are cheap. With a share price of $92, Amazon stock trades at 45 times its expected earnings in 2023; its five-year historical P/E ratio is 73.

AMZN's dominant position in its key markets may dent short-term results, but it will help the company secure a place on this list of best stocks to buy in 2023 regardless of a recession. Using a sum-of-the-parts analysis, Susquehanna International Group's Shyam Patil set a 12-month price target of $140 on shares, representing implied upside of more than 51%.

According to Argus Research, Haliburton is one of the world's largest energy services companies with over 40,000 employees and operations in more than 70 countries. Among its products and services are those that assist in oil exploration and production, such as locating and drilling wells and managing geological data.

As the global economy opened up post-pandemic, oil supplies were already in short supply; then the war in Ukraine came. With oil companies ramping up production, Haliburton stands to benefit.

According to Argus, Haliburton's CEO said the company was entering a multiyear upcycle. According to the investment-research firm, Haliburton will generate strong free cash flow in the coming quarters and its dividend will nearly triple in January 2022. Argus estimates earnings for 2023 at 13 times, at the low end of an 11-year historical average P/E range of 12 to 29.

T-Mobile US (TMUS) is the second-largest wireless carrier in the U.S. However, it is outpacing the others in terms of growth, according to CFRA analyst Keith Snyder. "We believe T-Mobile will continue to outgrow its peers," he says. According to Snyder, T-Mobile is rolling out its 5G network at least 12 months ahead of Verizon (VZ) and AT&T. Combined with aggressive phone plan pricing, he says, T-Mobile has captured market share.

The carrier is also on track to double its share of the large-business and government markets over the next five years from less than 10% to nearly 20%. By 2023, CFRA expects earnings to jump from $2.27 to $6.40 a share; shares could reach $175.

In the world of human resources management, Workday (WDAY) is one of the leading cloud-based companies. According to Lori Keith, Parnassus Mid Cap fund co-manager, the company has really carved out a strong position based on its patented technology. Its platform is used by more than half of the Fortune 500 companies. And once installed, customers tend to stick – 95% of Workday customers remain with the company.

Like most tech shares, the stock has lost ground all year. Workday isn't very profitable - it earned a small profit last year (ending in January). Analysts expect revenue growth of roughly 20% in 2023 and 2024 to turn this around in 2024.

Keith sees a "significant market-share opportunity" for Workday over the next three years, and the stock's potential rewards outweigh its risks.

In 2023, why should investors consider Merck (MRK)? Over the past decade, the pharmaceutical giant has produced high returns. Analysts are also optimistic about MRK, as evidenced by a consensus rating of Buy. The 26 analysts who follow Merck tracked by S&P Global Market Intelligence rate it as a Strong Buy, six as a Buy, and nine as a Hold.

According to Credit Suisse analyst Trung Huynh, MRK is an Outperform (Buy) stock. In a note to clients, Huynh writes, "Change is afoot with new management that faces the patent expiration of its most significant asset, Keytruda, by year-end 2028. However, MRK's high and consistent earnings growth, which is significantly higher than peers, should be the key to outperformance.

As a result, Huynh says MRK's growth is "low risk," and HPV vaccine Gardasil and cancer drug Keytruda are "well established and less affected by healthcare reforms under the Inflation Reduction Act (IRA) in the near term than peers."

Matador Resources (MTDR) has risen along with its fellow energy stocks this year. MTDR stock is up nearly 57% for the year so far in 2022.

Analysts also think the market has room to grow. Approximately 30% upside is expected over the next 12 months, according to S&P Global Market Intelligence. Over the next three to five years, analysts expect the company to post earnings growth of 24%. MTDR has impressive growth outlooks like these, making it one of the best stocks to buy in 2023.

Moreover, Matador's natural gas business represents a bridge to the time when renewable energy will provide most of the electricity. For the next 20 or 30 years, we'll need that gas.

Bio-pharma company Amgen (AMGN) is neutrally rated by analysts. While some of the company's new drugs are doing well, sales of its older treatments, which are being challenged, have slowed.

With 26 drugs on the market (and dozens in development), Amgen is an 800-pound gorilla in its industry. The company generates robust cash flow and pays a solid dividend yield of 2.9%. Overall, it's a defensive stock.

A Morgan Stanley analyst recently upgraded the stock to Overweight, the equivalent of a Buy, citing the company's pipeline and its undervalued price. Over the past 12 months, Amgen shares gained 28%, but trade at 14 times 2023 expected earnings, a fraction of the 70 P/E typical for biotech companies. All this makes AMGN one of the best stocks to buy in the new year.

Archer-Daniels-Midland (ADM) is a food commodity buyer, transporter, and processor. Since supply-chain disruptions caused rising prices, ADM stock has performed well as an inflation hedge. At a P/E of 15, the stock appears reasonably priced, and food scarcity is a long-term problem.

Our bullish outlook reflects the company's strong recent performance and our expectation for further growth in the oilseeds business and improvement in its origination and nutrition division," says Argus Research analyst Taylor Conrad. "The balance sheet is clean and the dividend increase reflects management's confidence."

As for that dividend, ADM has increased it for 47 consecutive years - most recently by 8.1% in January 2022. Consequently, Archer-Daniels-Midland is one of the most attractive dividend stocks to buy in 2023 and beyond.

Lululemon Athletica (LULU) is a retailer of leisure clothing. In the last reported quarter, comparable-store sales rose 22% over the previous year, despite the stock dropping more than 19%.

It's rare to find such a high-quality company for such a low price.

The shares are currently trading at 28 times forward earnings. When compared with the five-year forward P/E ratio of 43, this does appear pricey at first glance.

Argus Research analyst John Staszak believes LULU is one of the finest stocks to buy in the long run. According to the analyst, Lululemon has a strong brand and growing direct-to-consumer sales, which will result in higher margins over the next few years. "Despite headwinds, we expect LULU's momentum to continue." He adds that the company's selloff creates a "buying opportunity," and has a long-term Buy rating.